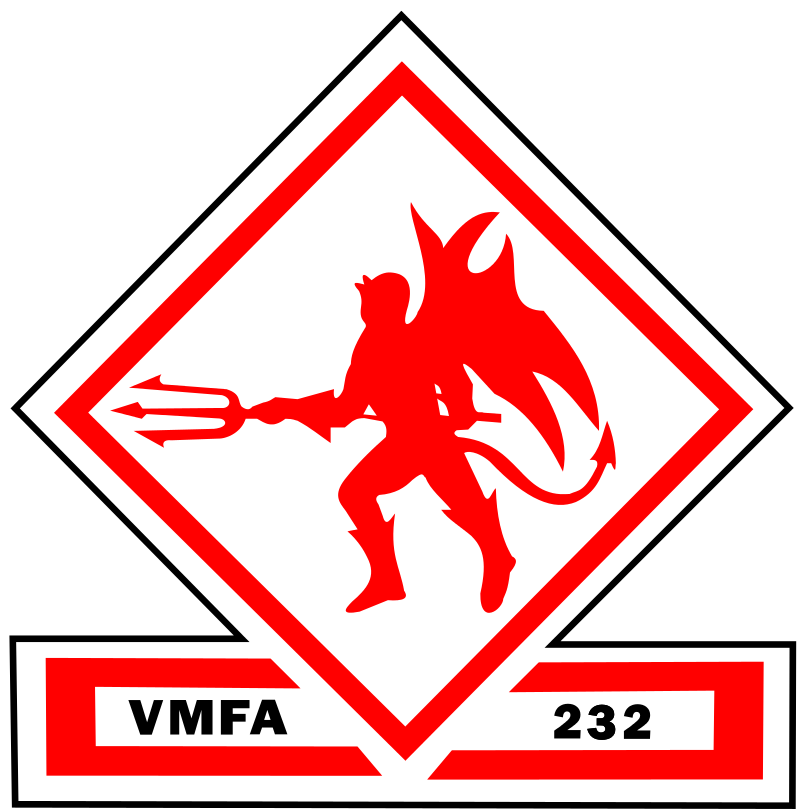 
The F-4 Phantom needs no introduction and has been a modeling staple for decades. The F-4J version used by the USN (and USMC) featured upgraded AWG-10 radar, J79-GE-10 engines, slatted tail surfaces, and drooped ailerons. It saw combat in Vietnam and continued to remain in the USN/USMC line up for years. Like the F-4B, the F-4J saw combat over Vietnam and would continue in service for quite a few years. After later upgrades, the F-4J was then re-designated as the F-4S.

Academy has reissued their 1/72nd scale F-4J Phantom II kit with markings for VMFA-232 'Red Devils' stationed out of MCAS Iwakuni (Japan) 1974 and features great box art. It was originally issued as a snap kit that featured multi-colored plastic requiring no painting. This kit is molded in gray styrene with eight parts trees and one tree of clear parts. The surface detailing is finely scribed with no flash. This version can also be easily built as a snap, though it is not pre-painted. In less than 30 minutes, I had the entire fuselage snapped together, minus the land gear. The kit features a basic cockpit, a one-piece closed canopy, J79 engines at end of intake ducts. The kit includes the following external load options: 2 triple ejector racks, 6 Mk.82 500-pound bombs, 4 AIM-9 Sidewinders, 4 AIM-7 Sparrows, 2 370-gallon outboard external tanks and a 600-gallon centerline tank. You get superb Cartograph decals for the following aircraft:

I followed the clear, concise instructions starting with the cockpit, which I dressed up with the Eduard Zoom kit though there is not much to be seen due to the closed cockpit. I'd suggest decals be supplied for instrument panels for the next version. I did my version 'in-flight'. Dry fit the landing gear covers before final gluing, they will need a bit of sanding. I painted the underside with Tamiya spray matt white, the top side with Testor acrylic gull grey and acrylic insignia red for the unique USMC Red Devil planes. The rear portion received a combo of Alclad and Testor lacquer metallic paints. The model received a Future over-coating for decals, and I must say the Cartograph sheet is great and extensive!

The kit goes together very well and the dimensions look correct by my eyes. Of course, for the advanced modelers, it can be highly detailed with after-market accessories. An enjoyable, fun build!!