When the Japanese attacked the United States in 1941, the most modern fighter in the Navy was the Grumman F4F Wildcat.  Although the Wildcat was small, it was not as fast or maneuverable as the Japanese Zero fighter but was a very durable machine. 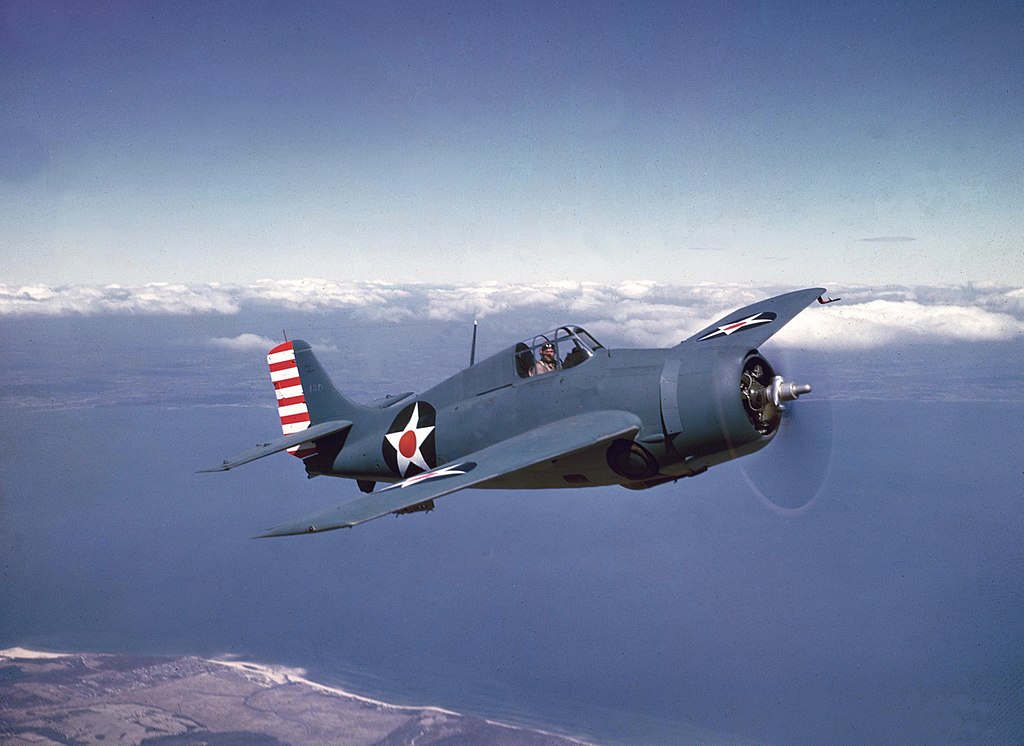 The Grumman F4F Wildcat is an American carrier-based fighter aircraft that began service in 1940 with both the United States Navy, and the British Royal Navy where it was initially known as the Martlet. First used in combat by the British in the North Atlantic, the Wildcat was the only effective fighter available to the United States Navy and Marine Corps in the Pacific Theater during the early part of World War II in 1941 and 1942; the disappointing Brewster Buffalo was withdrawn in favor of the Wildcat and replaced as units became available. With a top speed of 318 mph (512 km/h), the Wildcat was outperformed by the faster 331 mph (533 km/h), more maneuverable, and longer-ranged Mitsubishi A6M Zero. However, the F4F's ruggedness, coupled with tactics such as the Thach Weave, resulted in a claimed air combat kill-to-loss ratio of 5.9:1 in 1942 and 6.9:1 for the entire war.
Lessons learned from the Wildcat were later applied to the faster F6F Hellcat. While the Wildcat had better range and maneuverability at low speed, the Hellcat could rely on superior power and high speed performance to outperform the Zero. The Wildcat continued to be built throughout the remainder of the war to serve on escort carriers, where larger and heavier fighters could not be used.
Source: Wikipedia 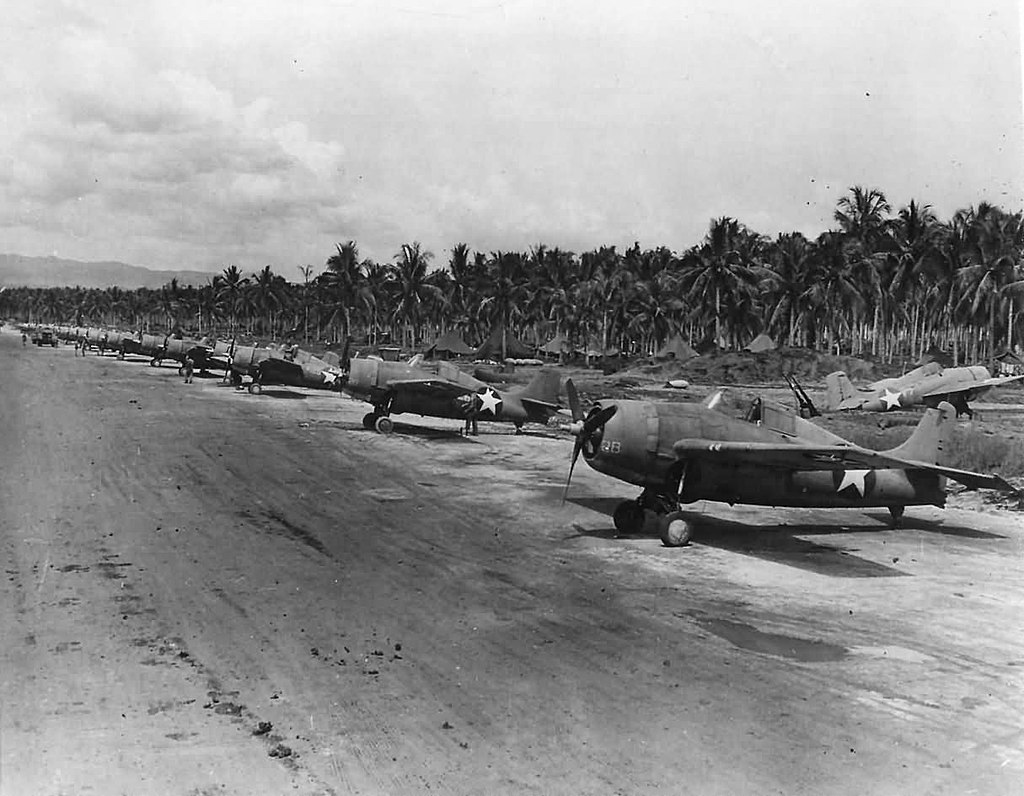