The P-51C Mustang earned its reputation as one of the greatest fighters of the Second World War, perhaps of all time.

The replacement of the 1,100 hp Allison V-1710-39 engine in the original design to the Rolls-Royce Merlin engine brought the Mustang into the realm of excellence. 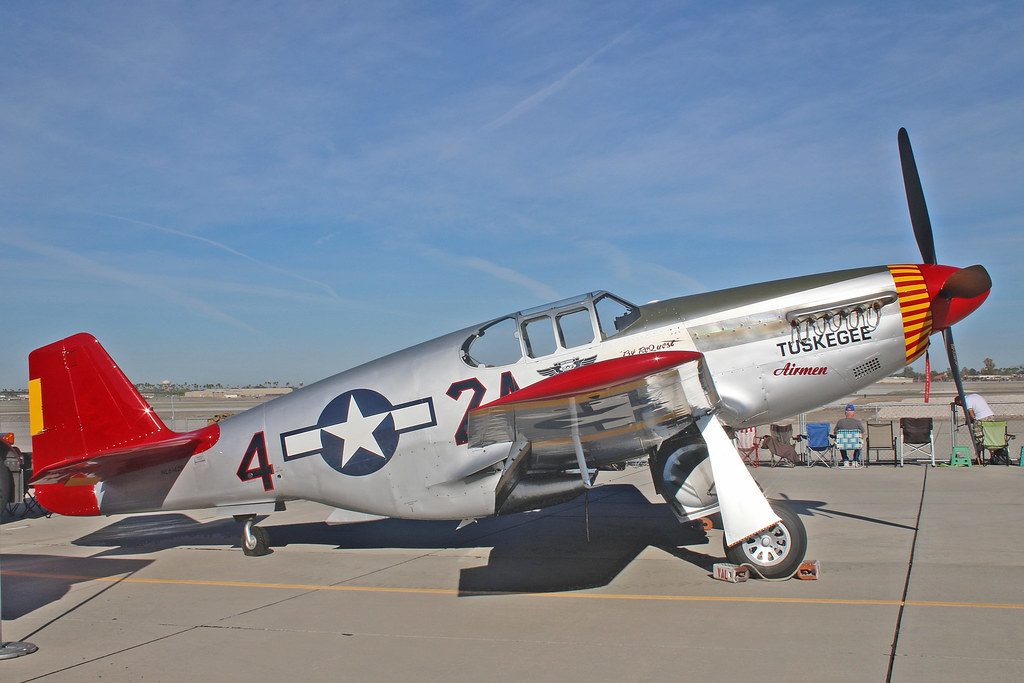 This single-seat fighter plane excelled with its deadly weaponry, high speed and long-range maneuverability. This combination made the Mustand unparalleled as an escort fighter, interceptor and ground attacker, Also used for reconnaissance missions the Mustang proved its worth by staying active around the world well into the seventies.

It always continues to amaze me how close the USAAF came to not having an aircraft with the quality and performance of the Mustang. Despite desperately needing a long range escort fighter, the brass at Wright Field continued to support 'going nowhere' designs such as the P-60 and the XP-75. This was especially true of the P-60 range of aircraft, into which millions of dollars were poured, only to result in an aircraft that was too slow, overweight and plagued with problems. It eventually was cancelled near the end of the war.

The Mustang, however, was a proven airframe and once the British stuck a Merlin into it, it became a real world-beater. However, though designed and built by North American, it was originally built for the British and so the 'not designed for us' mentality kept it from being seriously considered. It wasn't until after a number of US pilots had flown the Mustang and crowed about how great an aircraft it was that the generals in the US finally decided to take a look at it. The result was that it wasn't until late 1943/early 1944 that the Mustang started equipping us fighter groups that had been plugging away with P-47s and P-38s, both types which were not suited for high altitude escort because of short range for the P-47 and high altitude engine detonation problems for the P-38, neither of which were satisfactorily 'cured' by the end of the European war.

The P-51B was the first Merlin production version with the P-51C differing only by being built in Dallas instead.